Difference between revisions of "About"

Bookmarked - I was the 200 and something member of the site. I registered sometime around August 2004... I swiftly looked for the site owner to basically congratulate his philosophy especially the Breezeblock and Essential Mix category. Coptang's join date was April 2004 so I knew this puppy was new.

Coptang, glint, DaezD and Baldfresh (R.I.P) were running the show. Baldfresh had the best avatar I had ever seen, some scary monster face with red eyes coming out of a black background!

Coptang then made me Mod (as it was then). Nicktids was then upgraded to Mod around about two months after me. Excellent knowledge of the inner workings of Azureus and invaluable for the FAQ.

Each night at 12:10 midnight, us Admins and SysOp would put all torrents uploaded that day onto Suprnova, basically personally grabbing all torrents throughout the day! Upping them at that time meant they would go on the main page and would stay there for a matter of two days, the ultimate advertising as all torrents on Suprnova directed you to TMB! By October 2004 TMB was getting a shed load of new members directed by hitting torrents on Suprnova, sometimes 100 new members a day. The load was becoming too much on Coptang's free web space on his ISP! Something needed to be done, so we asked for donations and got stable hosting (so we thought) and moved from http://coptang.f2s.com/ to http://www.themixingbowl.org. The dot org was the choice of the admin - sounds important.

Anywooooo Coptang then spent fooking hours-days-weeks-months sorting out the beta version of the new site with great input from glint, baldfresh and DaezD. We started at the very tail end of December 2004 and opened our doors to a select few original members a couple of weeks after that to check for errors and then to the masses around February 2005.

TMB is beautiful, and we owe a lot of gratitude to Coptang. 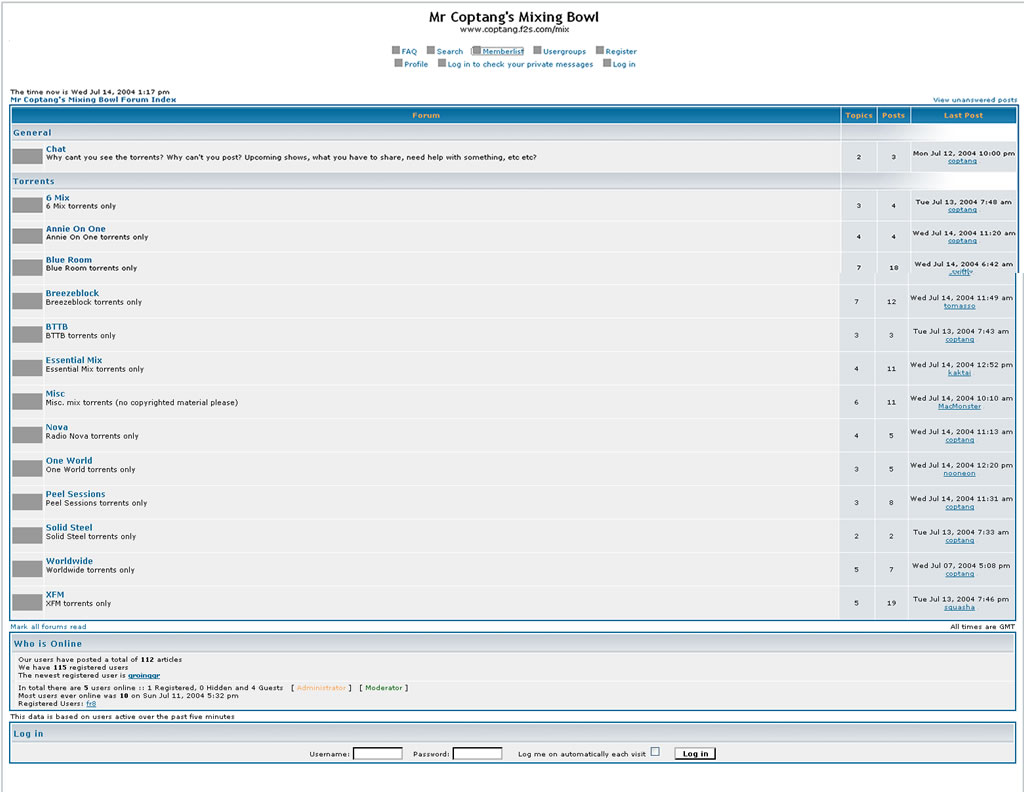